16% Of Qatar Residents Found To Have Diabetes - Gulf Business 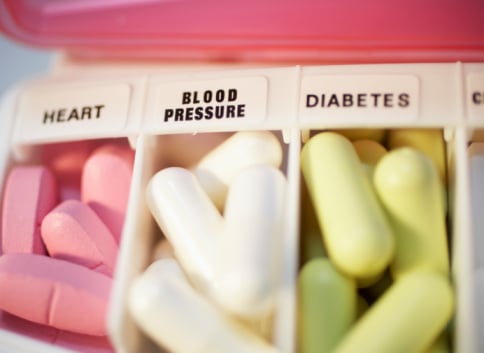 An estimated 16 per cent of the local adult population between the ages of 20 to 79 years has diabetes, according to experts at Action on Diabetes, a public screening campaign in Qatar.

Out of the 2785 individuals who were screened during the campaign, 553 individuals had diabetes or showed abnormally high levels of blood sugar, a future indicator of diabetes.

The Action on Diabetes public screening campaign was rolled out across Doha malls to reach out to Qatar’s local population and educate nationals on the importance of regular diabetes screening. The campaign also provided free testing services and guidance from professional dietitians.

“The campaign highlighted that the number of people in Qatar who are unaware of their diabetes condition or are pre-diabetic is rather high. By 2030, it is estimated that the number of people with diabetes will almost double. However, with initiatives such as the screening campaign we are trying to significantly lower these numbers through education, early detection and intervention,” said Dr. Mahmoud Zirie, head of endorcinology at Hamad Medical Corporation.

According to the latest figures from the International Diabetes Federation (IDF) more than 200,000 people have diabetes in Qatar, one of the highest rates in the world. Around 10 per cent of the country’s total health care budget is being spent on diabetes care, said the IDF.

“Diabetes screening tests are a good preventive method for catching the development of diabetes at an early stage. If you have pre-diabetes it does not mean you will develop type 2 diabetes. For some people with pre-diabetes, lifestyle changes and early treatment can actually return blood glucose levels to the normal range,” said Dr. Abdulla Al-Hamaq, Director of Qatar Diabetes Association, member of Qatar Foundation.

GCC countries are experiencing a sharp rise in healthcare demand, driven by a growing population and non-communicable, lifestyle diseases.

Overall GCC healthcare expenditure is set to balloon to $79 billion by 2015, according to a report from Kuwait Financial Centre.

Around 64 per cent of this expenditure will go towards public healthcare, with regional governments focusing on healthcare development as a key to sustainable economic growth and the population’s future prosperity, said the report.