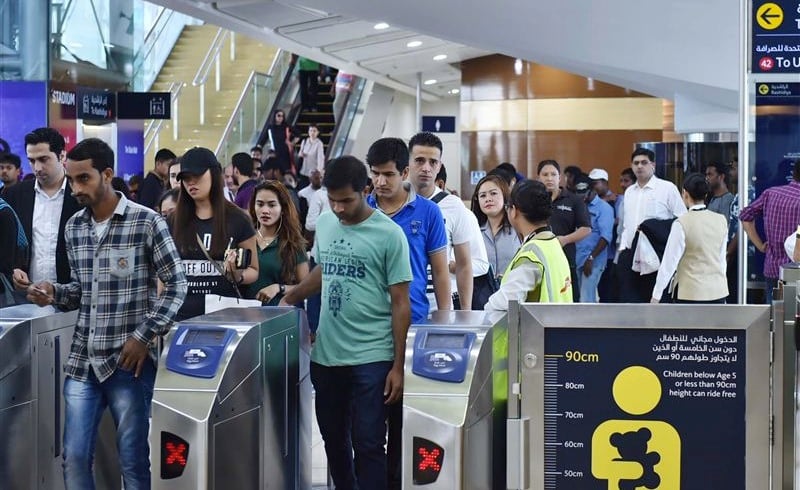 The Dubai Roads and Transport Authority (RTA) revealed that over 275 million commuters used public transit means in Dubai during the first half of the year.

The figure represents an increase when compared to the same period last year, when commuter numbers reached over 273 million.

Dubai Metro accounted for the biggest share of users with 36.4 per cent, followed by taxis (31.7 per cent) and public buses (28 per cent).

“The public transport means have now become the backbone of people mobility in various parts of Dubai, and the preferred transit option for a huge segment of Dubai residents and visitors,” said Mattar Al Al Tayer, director-general and chairman of the RTA.

“The huge and diverse projects undertaken by the RTA have contributed to the sustained increase in public transport ridership that has leapfrogged from 6 per cent in 2006 to 16 per cent in 2016, and if we add taxis, the share would shoot to as high as 24 per cent.”

“The strategic and executive plans for roads and transport systems are based on the principle of integrated services… in terms of improving and broadening roads network and crossings, and upgrading various components of mass transit systems such as the metro, tram, buses and water transport means,” said Al Tayer.

“It also depends on upgrading the technology used in traffic and transport systems to ensure the optimal utilisation and highest efficiency of roads and mass transit systems, adopting policies capable of reducing the semi-total reliance of the public on private vehicles and increasing their reliance on other transit systems including public transport.

“RTA plans are also focused on encouraging journey-sharing practices especially in a city like Dubai where people ownership of private vehicles is as high as one vehicle per two persons,” he added.