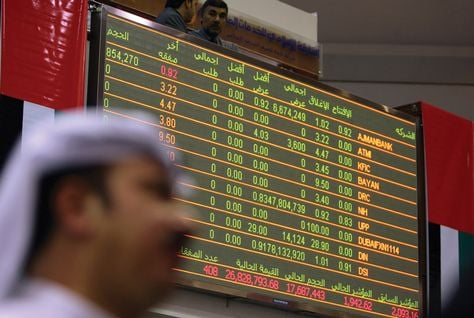 KSA’s fifth largest bank by market capitalisation, Banque Saudi Fransi issued a $750 million five-year Sukuk in May amid strong investor demand for the issue. The Islamic bond was priced at a spread of 185 basis points over midswap rate and attracted orders worth around $4 billion. The issue was the bank’s first Sukuk sale under a new $2 billion programme and carried a profit rate of 2.947 per cent. However it was the lowest rate among all the banks that raised dollar-denominated debt in the GCC this year. The bank’s pre-existing $650 million, 4.5 per cent conventional bond matures in 2015 and came under selling pressure ahead of the new issue.

Jafza’s $650 million seven-year Sukuk, issued in June this year, continued attracting demand in the secondary market where bids were higher after issue. Jafza, part of Dubai World, listed its Sukuk at seven per cent while its order book was more than three times oversubscribed. The company is expected to use the funds from the issue to repay a $2 billion Sukuk maturing later this year, which had previously been described as one of corporate Dubai’s more difficult debt maturities.

The petrochemicals firm tapped the bond markets for the first time with a $533.3 million (SAR2 billion) Sukuk in May this year. The seven-year Islamic bond attracted an order book of SAR5.2 billion and was sold to government institutions, insurance companies, investment funds and banks. The privately placed Sukuk was issued at par and carried a profit rate of 105 basis points over the six-month Saudi Interbank Offered Rate.

HSBC’s Elhedery believes Saudi’s petrochemical firms are in a strong position to fund new developments through the Islamic bond market. “When we look at the Kingdom’s petrochemical companies they can fund new building and development via the Sukuk market at advantageous levels.”

Emaar’s seven-year $500 million Sukuk was listed on Nasdaq Dubai in July this year and attracted 185 orders worth $4.65 billion. The Dubai-based property developer’s Islamic bond carried a profit rate of 6.4 per cent and was equivalent to 519.3 basis points over midswaps.

Abu Dhabi-based First Gulf Bank’s $500 million, five year Sukuk was oversubscribed 2.8 times; it ended up fetching $1.4 billion on closing. As a result, final price for the Islamic bond stood at 287.5 basis points above midswaps. The bank said that proceeds would be used for general corporate purposes and to fund FGB’s Islamic loan book.

Demand for Dubai Islamic Bank’s $500 million, five-year Sukuk exceeded the sale price by four times; the issue was the most expensive sale by a bank in the GCC so far this year. The Islamic bond was issued under the bank’s newly established $2.5 billion Sukuk Programme. Investors from the Middle East bought 73 per cent of the bonds, while 15 per cent was sold to buyers from Europe and 12 per cent from Asia.

Emirates Islamic Bank, part of Dubai’s largest lender Emirates NBD, has issued not one but two $500 million Islamic bonds this year. The lender issued a five-year Sukuk in January, and its second Sukuk, issued in July, matures in January 2018. Guidance for the second Sukuk’s profit rate was revised to a spread of 315 basis points over midswaps, with strong demand for the deal resulting in order books of around $3.75 billion.

UAE’s Majid Al Futtaim Holding launched a $400 million, five-year Islamic bond in January this year that was four times oversubscribed. The Islamic bond was raised at 5.85 per cent and received over 140 orders from a widely diversified range of investors. MAF is the sole franchisee of hypermarket chain Carrefour in the GCC; it was the company’s first Sukuk issuance.

Chavan Bhogaita, of Financial Markets Division at National Bank of Abu Dhabi, said: “MAF did very well indeed to not only launch a successful $400 million Sukuk deal, but to also achieve a price which was lower than the guidance that had been provided. In our view the pricing of the deal was certainly helped by the positive sentiment built up over the last few weeks on Dubai Inc, and in this  regard the timing of MAF’s deal was excellent.”